Modest Mouse Album Review: No One’s Good News for a Long Drive and You’re Next

“No One’s First and You’re Next” is eight tracks long and was released on August 4, and it’s just OK.

How long has it been since MM’s last release? Two years? This is their newest recording and it’s the best they can do? It may sound harsh, but I’m tired of making excuses for bands, especially a band like MM that I hold in such high regard.

I understand that after a group achieves success their sound is likely to change. Why wouldn’t a band want to spend some of their earnings on more album production and a better, cleaner sound? And while there is a clear difference between the production on 1996’s “This is a Long Drive With Nothing to Think About” and production on “…You’re Next,” that’s not my issue with the band.

Ivan Spills About His Weekend Date With Paul

I know I’ll never get the chance to see The Beatles live, but when Paul came to town I felt like I came pretty close to it after watching him perform at Fenway Park in Boston, Mass. on Thursday night.

The place was absolutely packed with fans. He kicked off the evening just before 8 p.m. and played for two and a half hours. McCartney mostly played Beatles songs, and performed mostly on bass, but he did mix it up on the guitar and piano throughout the evening.

He started off the show playing “Drive My Car,” and then “Jet.”

The Most Overrated Band in History by Will C.

Buntology.com does not endorse the following comments. Like, at all. Don’t shoot the messenger, people!

It shouldn’t be surprising that the most overrated band in history is also, most commonly rated as the greatest band in history. I’m referring of course, to – yep, you guessed it – The Beatles. I’d be an idiot if I were writing this to convince an audience that The Beatles were not a staple of the ’60s or an influential band. They were. And they still are. A lot of my favorite modern artists cite The Beatles as a big influence on their music. But it still asks the unanswered question, “Is it deserved?” The Beatles cast a shadow on the 1960s that was so large and stretched so far that it blocked the spotlight from bands that are now too often overlooked and forgotten today.

Wilco, in a Nutshell

The crowd at Wilco made me feel like I was on a mushroom trip.

That’s probably the most factual thing I can say about the afternoon Alicia and I had at Tanglewood in Lenox, Mass., where we went to see Wilco and Andrew Bird perform on Aug. 12. 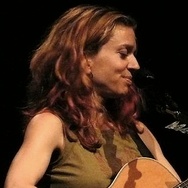 Ani Difranco and Kimya Dawson at the Pines Theater in NoHo

Recently my sisters and I went to see Ani Difranco and Kimya Dawson at the Pines Theater in Northampton. Although my sisters and I are seasoned Noho vets, or NoHoes, we still managed to show up late.