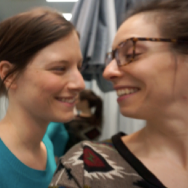 The Bunts are getting married! Well, at least one of them. Join us as we go wedding dress shopping for Jackie’s upcoming nuptials while exploring the depths of her body dysmorphia.

Just when you thought winter in New England might not suck that much this year, Winter Storm Juno has reared its ugly head. We’re here at Buntology Waltham HQ, hunkered down and watching the sky shit snow sideways as we work to bring you the latest coverage of this HISTORIC WINTER STORM.

After a long and emotionally draining year, Angela, Jackie & Rochelle Bunt are ready to let their hair down and celebrate the holidays. But with a dead dad, estranged sister, and a slew of new holiday traditions, will they be able to maintain the same level of holiday cheer from years past? You’ll have to watch the video to find out.

Bunty Original Video: ‘In the News with Jackie & Angela #1’

Welcome to the first edition of “In the News” in which twin/Buntology writing duo Angela and Jackie tackle the hottest items in news so you don’t have to. On today’s show, they discuss Ebola, Derek Jeter’s retirement, the failed marriage of Food Network’s The Neelys, and why Robert Downey Jr. is clearly an anti-semite.

Ebola is Coming for You.

Is the world becoming a scarier place to live in, or are we just more aware of scary things because of social media?

Many people don’t watch or listen to the news because it’s too depressing or upsetting, and we have the feeling of “well, there’s nothing I can do about it.” Normally, I’m one of those people. 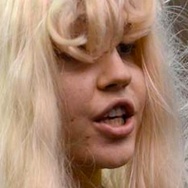 Who Cares About Amanda Bynes?

For the first time since her release from rehab last December, Amanda Bynes is back in the news.

This time, the 28-year-old actress was charged with a DUI after being stopped by police at 3a.m. on Sunday and failing a field sobriety test. The misdemeanor offense led to Bynes’ arrest, and after posting her $15,000 bail she was released later that afternoon.

The third week of The Bachelor begins with all the ladies commiserating on the couch, as per usual. Chris Hanson arrives in his best color block shirt to tell them that this week, like all other weeks that came before it, will be two solo dates and one group date. Thanks for that, Chris.

The episode begins with all of the ladies chilling by the pool, discussing how jealous they are that Clare gets to go on the first 1:1 date with Juan Pablo.

Season 18 of The Bachelor debuted earlier this week, and myself – along with millions of other disillusioned Americans – watched with a mixture of delight and disgust as 27 single women threw themselves at the sexy Juan Pablo Galavis.