Here’s what we’ve been working on down at the lab:

1. New merchandise, making its debut at Strange Creek Music Festival on May 27. Remember this? Because those sample tees were such a hit, this year we’re coming prepared with prints of both designs available for sale. Giddyup!

After enduring one of the longest and most brutal winters the east coast has seen in years, festival season is almost upon us!!!

As much as we’d all like to kick off our shoes and enjoy every festy the summer has to offer, the reality is that with full-time jobs and bills to pay, most of us have to be a bit more selective about the ones we attend.

Because of this, Buntology has enlisted the help of five expert panelists to offer their infinite wisdom and expertise on the subject, and to make sure that YOU get the most bang for your buck this summer…

Nobody likes a Sunday evening. To soften the blow, Buntology thought it would dish out bites from the Big Apple collected throughout the course of the week. (And the puns don’t stop)       … … …

1. On second thought, maybe Union Square wasn’t the best place to meet up on Saturday afternoon. Listen around 20 seconds in for me screaming at Colin into the phone, “I’m in it! I’m in it! Oh God!” in regards to the massive protest that was taking place. 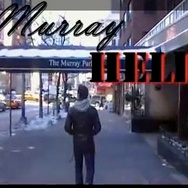 This past Sunday, Angela and Colin ventured to Murray Hill for the first installment of “Murray Hell,” which aims to answer the question, “What is it I hate about this neighborhood so much?” but ultimately is just an opportunity for us to get drunk and criticize it openly for an afternoon.

Buntology Does the Big Apple

Angela‘s mom has packed up her belongings and is officially en route to NYC where she will be living, working and of course, Buntologizing.

The first half of  “Angela’s ‘Holy Sh*t I’m Moving to NYC’ diary” will be posted on the site next week. In the meantime, here’s a clip to wet your appetite!

*We recommend clicking the video title to watch it full-size on the Buntology YouTube channel.

What Buntology is Doing Tonight…

Cure for Your Sunday Hangover

Wow! We can’t believe 2009 has come to an end. This year saw a lot in music, and so did the staff at Buntology. Between Phish, festies, and a smattering of new and classic rock concerts, it’s going to be hard to top all of the awesome performances 2009 had to offer.

But, before we look at the music, let’s take a second to remember the great musicians that passed away this year: Ron Asheton (The Stooges), Jay Bennet (Wilco), Bob Bogle (The Ventures), Ean Evans (Lynyrd Skynyrd), Adam Goldstein (“DJ AM”), Kelly Groucutt (Electric Light Orchestra), and Michael Jackson (Jackson 5). Rest in peace!

But with death comes rebirth, and this year the stork brought us many new “super-groups” like Them Crooked Vultures, The Deadweather, Further and Tinted Windows. This past year we have seen the rise of young artists like Passion Pit,  Asher Roth, Matt & Kim and Gogol Bordello. We have also seen some older bands dust off their Fenders and start playing again, like The Flaming Lips, Weezer and Blink 182.

Blink 182 reunited this year, not only to record, but also to tour and play shows through the US last summer. Though Blink has not released any new music yet, they have are currently working on a new album. Another band that reunited after a break for a few years was Phish. They released a new album “Joy” and have went on an extensive summer and fall tour. Of course one of the highlights of Buntology staffer Ivan’s summer was the performance by Sir Paul McCartney, who played a show at Fenway Park in Boston, Mass.

How about some other musical highlights of the year? In no particular order…