The last time the topic of online dating was brought up on this website, it ended in a Welch’s-drinking pedophile and a lonely birthday cake. Because of this, I shelved the idea for a few months and decided I would let fate do all the work for me. Everybody knows you’ll never find your man if you’re out looking for him!

COLIN: You know my feelings on brunch. Particularly, brunch on a Sunday. I hate to be the designated driver of the Sunday Funday set, but boys (and bois) and girls (and grrrls), let’s be realistic. Do you really want to wake up at 8:30 p.m. sweaty and cotton-mouthed, with home fries in your hair, wondering where your phone is and why your roommate is hanging half out of the bathroom, clutching a crumbly tube of Ritz crackers to her chest? 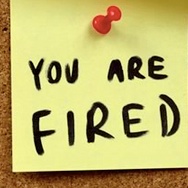 The Unemployment Diary Part 6: What is Time, Anyway?

Well dear reader, it has finally happened. After being unemployed since March 3, I have finally snapped my cap, gone ‘round the bend, bought a ticket for the Up With People Concert, and begun wearing traffic cones on my head as cutting-edge fashion. What I mean to say is that I’ve caught the disease reserved for the elderly, the insane and individuals without access to a Gregorian Calendar.

I can’t believe it’s already been a week since Superball IX.

The Phish festival, held over Fourth of July weekend in Watkins Glen, NY., was the ninth festy hosted by the jam band, but the first that I’ve ever attended.

Initially, I was skeptical– could one band really keep me entertained for an entire weekend? No late-night music, multiple stages and headlining acts?